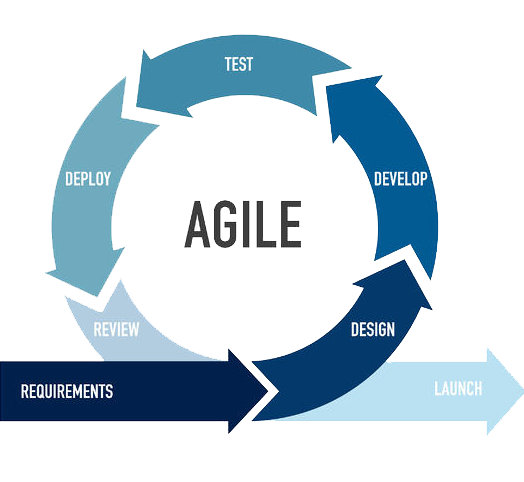 There are numerous ways to approach a software development project and one of the more popular methods is agile software development. Like the name says, this approach is built on flexibility and the overall ability to anticipate changes and respond to them accordingly.

Agile software development can be defined as a set of software development methodologies that revolve around consistent iteration as development and testing run concurrently. One of the major benefits of using this approach is the ability to discover errors and correct them rather than getting caught off-guard much later and having to kill a lot of time revisiting different development stages.

However, many teams that adopt agile software development struggle to make it work for them. It’s an approach that has several variations and can’t just be applied in an entirely formulaic manner. Certain tactics that work for one team or project may not necessarily work for another.

Let’s take a more in-depth look at some of the most common agile software development mistakes to avoid:

One of the beauties of software development is the ability to make continuous additions to a software product that users are already interacting with. Customer queries, complaints, reviews and other remarks can provide valuable insight that sometimes goes as far as causing a total overhaul of the product and a pivot in the business model.

A lot of agile team members tend to focus more on the internal assessment of their work, partly because there’s more history. They’ve been together since the beginning, laying out roadmaps with various milestones to hit. This can make some members reluctant to harmonize customer feedback with their own self-criticism since they feel that customers don’t have the full picture.

The result is a product that passes all the important tests, but still performs poorly on the market. It may even solve the problem it was made to, but in a manner that is more complicated than customers would like. Agile software developers should therefore constantly scrutinize customer feedback and identify the differences and similarities between it and their own discoveries.

Sometimes organizations overestimate employee capabilities because they are focusing on qualifications and expertise. They forget that agile software development means a new way of working, which should be preceded by an orientation phase.

Team members need time to get familiar with the workflow they’ll be following, understand the importance of each member’s role, and ultimately determine each other’s day-to-day expectations. Failure to do so can result in scenarios like a developer experimenting with an improvised solution without a proper record of how they arrived at it.

Such instances make it hard to keep track of the development journey and ascertain the true source of any gains being made, particularly the underlying philosophy and how it can be repeated in different areas and stages to achieve better results. Generally speaking, poor planning leaves the team caught up in learning how to collaborate better, which slows down the actual improvement of product features.

It goes without saying that in any agile software development team, efficiency is a priority. Team members need to figure out how to get more done in a short time, which requires a realistic view of their capabilities. In the beginning, it is easy to say that you’ll have certain pieces of the software ready by a specific date.

However, the reality is that as a project progresses, sometimes there’s a change in the allocation of resources. The team may also encounter unforeseen problems ranging from random malfunctions to scaling issues and so on. If the team doesn’t leave room for these permutations within their plans, they can find themselves struggling as they try to redirect resources and adjust deadlines in order to solve sudden problems.

Agile software development teams should always be realistic in their estimates and account for all sorts of hindrances. Poor estimates can also result in the delivery of work product that isn’t fully compliant with internal or industry-wide product development standards, resulting in legal nightmares.

For many members of agile software development teams, there is only one priority outside their actual job description, and that is getting along with their team members. They don’t feel that obligated to learn more about the other departments in their larger organization that are part of the project.

Whether it is the Public Relations department, marketing, accounting or legal and compliance, agile team members don’t bother to synchronize their activities with those of other departments. This can leave an agile team waiting on important data that is still being processed, or having to pause their next stage as another department contributes to the results of a previous stage.

Depending on an organization’s structure, there are various bureaucratic steps involved in getting extra funding or procurement of necessary materials, running focus groups, making internal announcements and producing content for external messages, among other processes. Agile software development teams need to be more proactive and intuitive when it comes to understanding the support roles played by other employees so as to align their pace with that of other departments.

Some team leaders tend to focus more on giving multiple orders to each individual to squeeze as much success as possible out of their role. This leads to more silos within the team, which is not what you want in an agile team.

Team leaders should remain aware of all the subtle relationships between different team members’ roles and get the members to interact and share ideas on how to make each other’s work easier. If a team leader fails at this, all you’ll have is a development cycle where a few people do most of the work, and the others only come in to chastise the results.

There are many other developer mistakes that agile software development teams face such as conflicting company culture, difficulty in engagement due to remote or hybrid work patterns, bias towards the waterfall approach, failure to conduct retrospectives, etc.

All-in-all, anyone involved in an agile software development process should remain aware of the fact that this approach can be used to derive new solutions from the intersections in team member roles and reimagine every step of software product development.

Be willing to rearrange various activities and refine expectations so as to realize higher quality input from team members and achieve greater efficiency while still keeping the overall development cycle coherent.